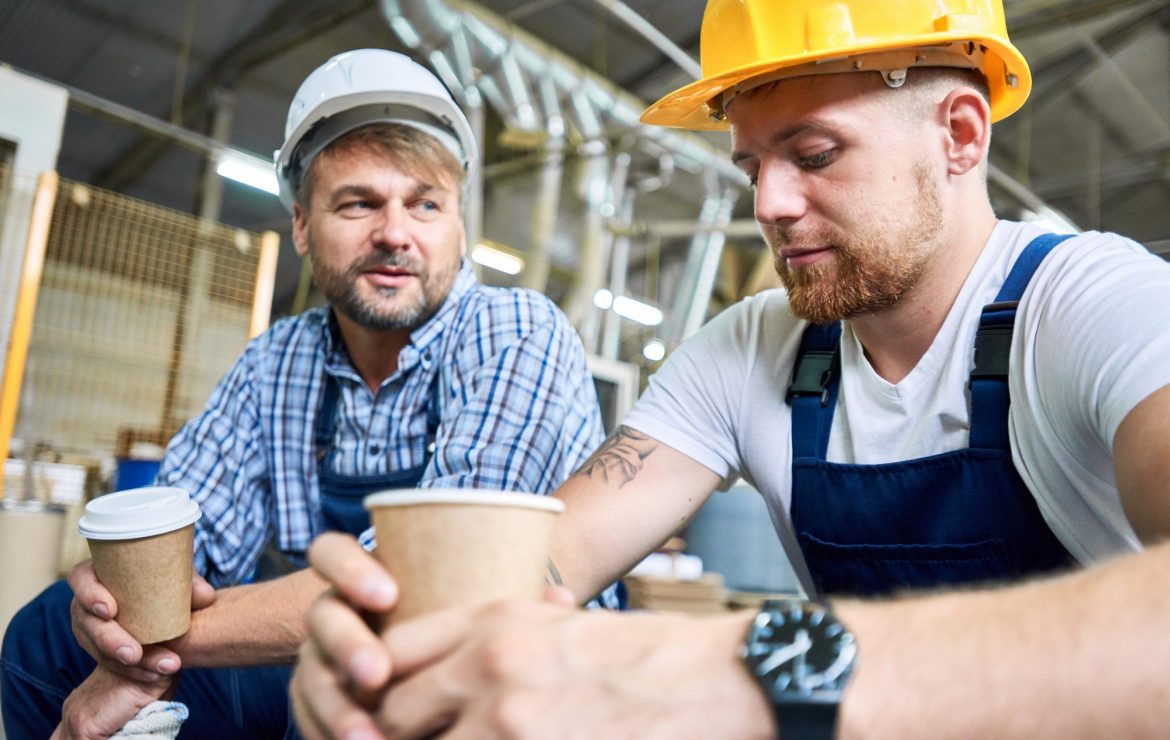 MENTAL HEALTH AND SAFETY – ITS GOOD TO TALK

Far too often it seems at the moment, we are reading heartbreaking stories of people taking their own lives, and more often than not, these are very often Young Men.  To say its tragic and devastating for everyone involved would be a massive understatement.  I don’t think any of us can begin to comprehend the overwhelming grief and loss that results and the shock-waves that inevitably resound for a long time to come.

I am not a trained psychologist and I certainly do not profess to be an expert on mental health issues but as a regular, fairly well balanced individual (my husband may disagree!) my thoughts are drawn to the reasons why. The question we need to ask ourselves is why this is becoming a far too familiar scenario.  What has changed within society that drives and motivates people to make this ultimate act of sacrifice? Let us take our industry for starters.

Construction knows it has a problem with its mental health. Working on a building site has become one of the deadliest professions in the UK, but the dangers often have nothing to do with cranes or ladders.

Labourers, plasterers and crane operators are more likely than ever to be off sick, but it won’t be bad backs or broken bones that get them signed off, but anxiety, stress and depression.

There are a number of reasons that present themselves here. The Construction industry is overwhelmingly (more than 80%) male – men are far more likely to take their lives than women. Workers can spend long periods away from home, friends and family, in somewhat tough living conditions at times.

“We lose more than one construction worker every day to suicide,” said Bill Hill, the chief executive of the Lighthouse Club charity, which supports the construction industry. “It’s a horrendous statistic. You are billeted up sometimes in a caravan with three other mates, and you have a smoking and drinking culture,” Hill said. “You are away from home, socially isolated. Online gambling is an issue – the next thing you know, they have lost this month’s wage packet.”

Several workers interviewed said drink, drugs and online gambling became refuges for lonely workers, so this could quickly spiral from having one problem, to two or three.

Take for example the daily grind of the crane operator: stranded for several hours at a time, alone, no mobile phones allowed, doing technical, stressful work, and so remote that some have to resort to alternative methods even to just have a wee. Hardly factors conducive to good mental health!

Job insecurity is also a huge consideration. The overwhelming need to cut costs has resulted in such competitive bidding that industry margins are tighter than ever, meaning labour is often squeezed and expected to do more than ever before, but in the same short timescales.

Every company with 5 or more employees, should by law have a Health and Safety Policy and we all as employers or employees hope that our bosses have a vested interest in maintaining our health and safety.  After all, they cannot run without you. However, many construction firms rely heavily on the use of sub-contractors, how verse are you with their mental health? It is very difficult as employers to always project that down through the tiers of these smaller subcontractors who operate within the wider scheme.  “The need of subcontractors to complete big projects on time and on their tendered budget means margins can be prioritised over staff wellbeing,” said one insider with 30 years’ experience of the industry. You guessed it, it very often comes down to cost.

More than 50% of construction workers are self-employed and at the beck and call of short-term, insecure project work.

Russell Stilwell runs his own company of 60 people. When financial issues and some personal setbacks combined to overwhelm him in 2010, he planned to take his own life.

“I knew how I was going to do it. I believed it was the right thing to do,” he said. He spent 18 months in the Priory recuperating and had several of his own workforce going through similar mental traumas.

“There’s no wriggle room and you can’t expect people operating like this to take all the burden. Is there a consideration to the wellbeing of people delivering that? There needs to be something to prevent our industry from hurting itself.”

Measures are being taken. Hill says EDF, which is running the Hinkley Point project, revealed to have a pressing mental health problem, is doing a lot to try to improve the situation.

“The industry is trying to change the culture, trying to ensure that no worker should be alone in a crisis,” he says. “We are trying to give all these people who are self-employed information and advice and guidance, a 24-hour helpline, getting mental health first aiders on site, giving people extra training and listening skills.”

Andy Stevens is another boss of a small building business who has considered ending it all. Of 10 people in his company, he says two are going through a tough time.

“It’s the pressure, the insecurity,” he says. “They say the stigma is easing up and more people are talking about it. But if you have a 6ft 4in, 16-stone, tattooed scaffolder suffering, he’s not going to come in and say: ‘I’m struggling.’”

To help those in need, Mates in Mind is another organisation that has been set up to provide a listening ear and a shoulder to lean on, for those affected by these issues. Increasingly aware of the need for support in the industry, it was launched in 2017 and the charity’s work was rooted in improving the mental health of those across the construction industry.

In their first year of action they partnered with organisations across the construction industry, building a community of 185 Supporter Organisations, reaching more than 187,000 individuals across the sector.

Therefore, these organisations do exist for everyone’s use.  The question still remains however, of convincing or persuading those in need to speak up, recognising the signs….before it’s too late. Corny maybe but a problem shared really is a problem halved. Eliminating that stigma attached to mental health which will ultimately provide a literal lifeline to many.

No one should put a cost on good mental health, it should be deemed priceless.

Your Safety Advisor Ltd is here for you. Let us support you through the headaches that Health and Safety issues can present. We are Construction Safety experts with 25+ years experience and specialise in the construction sector covering all trades. So whether you’re a painter and decorator, builder, plumber, electrician, scaffolder, roofer, cleaner etc Your Safety Advisor Ltd has got you covered.
Start your Journey

Your Safety Advisor Ltd is here for you. Let us support you through the headaches that Health and Safety issues can present. We are experts in our field with 25+ years experience and specialize in the construction sector covering all trades. So whether you’re a painter and decorator, builder, plumber, electrician, scaffolder, roofer, cleaner etc Your Safety Advisor Ltd has got you covered.
Start your Journey
Email: info@yoursafetyadvisor.com
Support: 0117 442 0185

Hit enter to search or ESC to close